This is a blog for my project on the applications of causal inference to machine learning.

What is causal inference and why do I care?

What do we really mean when we say “the economy does better when my favorite political party is in power” or what do we really mean when we say “unvaccinated adults are 3-5 times more likely to get omicron infection”. A very natural property of interest in any dataset is the pattern of correlation - when two events are statistically related. Correlation is an important part of statistics, but what’s more important is how we tend to interpret it. Correlations tell us that two events tend to share some pattern and not that one event is the reason for the other occuring. We really want to say that “the economy is better because of my favorite political party, and not just they happen to occur together. Establishing causal relationships between phenomenon is the study of causal inference. You might have heard the phrase ‘correlation is not the same as causation’. This is true. While it’s true that both the number of tech companies and the number of teddy bears sold has gone up over the last few decades, one does not necessarily cause the other (perhaps both are caused by, among lots of other things, an increase in population sizes leading to more children buying teddy bears and a bigger scientific community built over the years). But this is an example of events that are correlated - they both values have gone up together - but probably not causally related.

I’m interested in causal inference, at the highest level, because it is, in some sense, the most natural question to ask when studying complex datasets. Questions about causation are often the most interesting and, so, inherently the most enlightening in any survey. We know when the economy rises and falls but it’s establishing its cause thats the most interesting. Mathematically, this presents much richer questions: how does one quantitatively establish causation between variables? how is causation structurally different from phenomenon to phenomenon? and how do we quantify that difference? These questions have a lot of implication on not only our understanding of economic and natural phenomenon but also about the human mind and our understanding of how we learn things and form such associations and establish legitimate and unfound causal relationships. I’m interested in these sorts of questions and am looking to explore these in greater depth because I’m fascinated by the question of causation, the mathematical bases on which it can be established, and the understanding of human behavior and learning patterns that this brings.

I’m interested in the applications of causal inference to machine learning (ML). The main aim for any ML problem is to predict a label y from a feature vector x by training an algorithm on some known features. Different approaches require different training data: supervised learning refers to the method of training algorithms using feature vectors with known labels, while semisupervised learning (SSL) refers to the method of training algorithms with some data with known labels and some with unknown labels. The underlying assumption in most ML problems is that we are trying to find associations or correlations between the labels and features to make predictions; we normally don’t care about their causal structure. It doesn’t seem to matter if x causes y or vice versa since algorithms are expected to perform the same. However, this has shown to not necessarily be true. Scholköpf et al. showed in their 2012 ICML paper that there is in fact a difference in performance in these two cases. SSL algorithms performed better on anticausal problems (i.e. where x causes y ) than in causal problems (vice versa). Figure 1 below illustrates this.

Where . Here there is a clear causal dependency .

We can factor the joint probability distribution as

This factorization is not symmetric since we know that with the current variables, we get the probabilities

To understand this phenomenon better, first, let’s focus on the data and go back to our original motivation: discovering causal structure and finding the causal relationships between different variables. Given features and labels , can we distinguish between the causal directions and ? That is to say, can we ascribe a deterministic mechanism .

A basic assumption that we will make is that each variable is affected by (independent) noise variables . So, the model we will work with is the graph in figure 2.

This is a basic structural causal model (SCM) - a model which includes a graph with one vertex per variable, jointly independent noise variables, and a deterministic function for each vertex that depends on the vertex’s parents and noise. This tells us we have a deterministic mechanism that gives us . The question of identifying graphs in causal learning then becomes a question of whether we can ascribe another mechanism from as shown in figure 3.

It turns out that without any restrictions on the mechanism, the problem of identifying the graph is not feasible. Given variables along with their probability distribution , you can always fit a mechanism for either $X \rightarrow Y$ or $Y \rightarrow X$ (the noise variables being understood to be embedded in the graph). This is in the following proposition which states:

Without any conditions, the indentification problem is not feasible. This should intuitively feel good - without any assumptions, we have no control over how sensitive the mechanism is to the noise and hence the complexity of .

The question thus becomes: Under what conditions can we only ascribe one causal mechanism between the two variables and not the other (i.e. identify the causal graphs). One possibility is that we make add some structure of the model. So, in our work, we will make the following assumptions. The first will be an assumption about our model and the second will be general SCM assumptions:

The first assumption is our main one. Hoyer et al. showed in their 2009 NeurIPS paper that under the ANM assumption, we can recover the causal mechanism in most cases. Before we state the main theorem, it is worth noting that since are independent, the joint distribution can be rewritten as

This equivalent restatement will make the theorem easier to state:

Theorem 1. Given that satisfy an ANM with a function , if there is a backward mechanism of the same form, then $\phi, P_X, P_{N_Y}$ must satisfy the following differential equation:

where , and we also have that .

Also, we have that if these conditions hold, then if there is a is true for every aside from a countable set, then the set of all which admit a backward model is 3-dimensional (i.e. can be contained in a 3-dimensional affine space).

Of course, here we are assuming that all the relevant functions are thrice differentiable.

and the solution space must be 3-dimensional (see proof for details). Given that the dimension of the space of every possible solution is infinite dimensional, this tells us that almost every ANM does not admit a backwards model since most don’t satisfy the above differential equation.

On a side note, a fun corollary of this theorem is that if everywhere, then the only . This tells us that, for example, in the case where are Gaussian, only linear admit backward models.

What this tells us about the identification problem is that if given variables , if we can fit an ANM , then with probability 1, we can assume that the causal relationship is . In the next section, we’ll include some experiments to show how we can use this theoretical results in some practical cases with both with real data and synthetic examples. Then, we’ll move to studying the SSL problem under these conditions.

For some further reading for anyone interested, Zhang and Hyvärinen showed in their 2010 AUI paper similar results for postlinear ANM models, which apply a further nonlinear transformation to the ANM we used. The proof techniques used there are quite similar to the proof technique used here!

So how do we put this into practice? We’ll work through this by working backwards. What we saw was that if we can fit an ANM to data , then we can say with probability one that the correct causal relationship is , unless, of course, the model is linear in , which is the corollary mentioned after theorem 1. Here is the gameplan:

Step 1: We’ll set up our data X and Y assuming they are not statistically independent. Of course, in practice, we would need to test this, but for the sake of explanation here, we will assume this.

Step 2: We’ll then perform a regression of . More specifically, we’ll split the data first into training data for our model and testing data; so really, training a regression model to regress and then make our predictions on the testing set .

Step 3: We’ll finally compute the estimates of the residuals .

Step 4: Then, we test whether is statistically independent from . If it is, then the model is consistent with the data and we accept the ANM otherwise we reject it.

Step 5: To see if we have a backward model as well, we’ll do the same the same process to see if the model is consistent with the data. If so, we’ll accept the reverse model; if not, we reject it.

A couple of technical details: the regression that I am going to use is sklearn’s Support Vector Regression (SVR). One can use more advanced regression methods, but I found that this is sufficient for our purposes. To test independence, I will be using the HSIC from the work of Gretton et al. in their 2007 NeurIPS Paper - a test that is now very standard in applications. All code can be found on my github.

In our first experiment, we’ll recreate some of Hoyer et al’s results and use synthetic data - a good place to start with these sorts of experiments.

For , we take 100 values of between and and took the average of 50 experiments in each case. Figure 4 shows the probability of the forward and reverse models being accepted. As we would expect, the probability of the reverse model being accepted is significant only around where the model is linear and essentially otherwise, whereas the forward (correct) model is usually accepted.

I’m glad you asked! Let’s shift our focus to a real dataset. For the purposes of illustration the method in practice, we’ll use the UCI abalone dataset. Abalone are snails and it’s tricky to determine their age. To do this, one needs to cut the shell through the cone, stain it, and count the number of rings through a microscope. The number of rings is closely related to its age and gives us our best estimate, but, as UCI puts it, “[it’s a] boring and time consuming task.” A standard machine learning problem is to use easier to obtain measurements, such as the length of its shell among other things, to predict its age. Our feature, is the length of the shell and the label we want to predict, is its age. This is a fine task, but in the spirit of causal learning, let’s ask instead: what is the causal relationship between and ? Does age cause the length of the shell or does the length cause age? Here, it’s obvious that it’s the former - we expect that length causes age. This is good, because we can use our theory to verify this hypothesis.

After running the same experiments as in experiment 1, we get the following regressions and residuals.

These are simple examples that serve as evidence to the interesting claim that one can use machine learning techniques to find causal relationships in data. This method does generalize to higher numbers of variables and so in future sections, we’ll see some more interesting examples of this. Stay tuned! 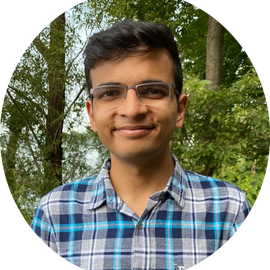